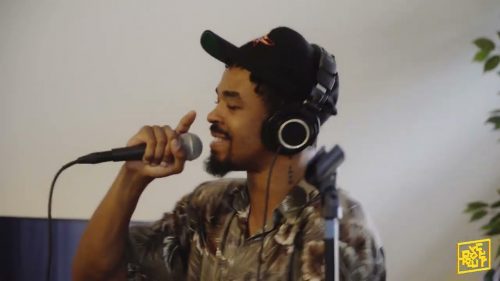 In this new entry in our ‘Diamonds In The Rough’ category, we want to introduce you to upcoming producer Te July and his brand new in-studio performance as part of the Poducer brand.

Te July (Dvonte Reed) was born in Evanston IL, and fell in love with music at a young age. By 13, his older brother inspired him to become a musician, and he decided to take up the flute, as well as join the boy’s choir. A few years later, Reed received his first laptop and started producing music on FL Studio, discovering his newest calling. He then went on to quit both the flute and boy’s choir to pursue his passion of music production. He then moved to Las Vegas, where the music scene wasn’t as cultivated as in Chicago, so he promptly moved back to Chicago in search of artists and musicians. After working with local artists throughout the Midwest, he then joined the Promotions Department of IHeartMedia Chicago, and after one year, was promoted to a Board Operator, and after another year, became more of a hands-on Producer at IHeartMedia. Reed has now fully stepped into and embraced his artistry, and is ready to tell his story to the world.