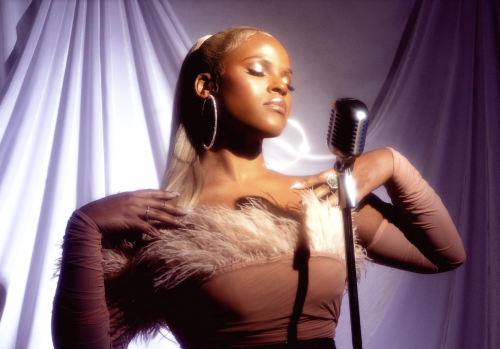 In this new entry in our ‘Diamonds In The Rough’ category, we want to introduce you to upcoming artist Teenear and the acoustic version of her latest single “Special Attention”.

Hailing from Miami, Florida, by way of Jamaica, singer-songwriter Teenear, is already laying the groundwork for a career that bucks the status quo. Inspired by artists ranging from Rihanna to SZA, Kiana Lede, and more, her genre-bending offerings run the gamut from future-pop to experimental R&B and soul.

From childhood music has been hugely influential in Teenear’s life; she spent much of her time in the church, something that still inspires her approach to songwriting today. Teenear also joined the praise dancing team, honing a singing and dancing foundation that would help her transition into her role as the first-ever singer signed to legendary Miami-based record label Slip N’ Slide, home to Miami legends Trick Daddy and Trina.

In 2015, the singer debuted her first single through Slip N’ Slide, “Friday Night”. Featuring rapper Sage the Gemini the uptempo, pop-inflected offering also marked Teenear’s debut as a songwriter, a skill she would continue to refine in 2016’s “Streetlights” as well as “Something Else” and the Fetty Wap featured “Love Me or Leave Me” in 2017. In 2019, Teenear also debuted “Dolla Signs”, a track that she describes as a step in a more grown up direction.

“I think a lot of times we hear songs about the guy going out and getting the money and hustling so I wanted to make a song that’s like that from a woman’s point of view. I wanted it to kind of get at the idea that even though you can be a boss and all that you still want to get away and have those special moments with someone,” she explained. Next up Teenear is set to release her debut EP, which will explore themes of love and relationships with a fresh, more adult set of eyes. For additional information about Teenear, please visit www.teenear.com or www.slipnsliderecords.com and follow Teenear on Instagram, @Teenearr.