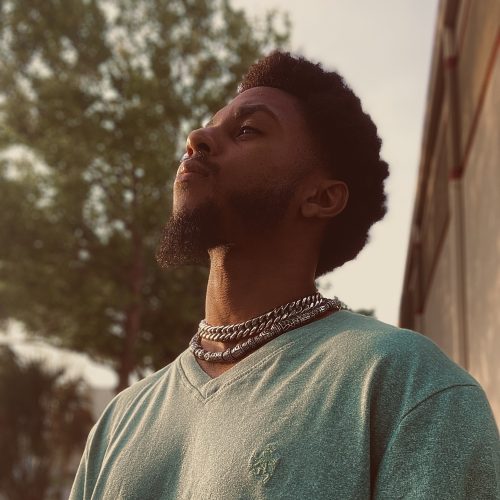 In this new entry in our ‘Diamonds In The Rough’ category, we want to introduce you to upcoming artist Trevor Joseph and his brand new single titled “Low-Key”.

Straight out of the gate from the drop of day one, Trevor Joseph understood that to truly make his mark in music’s history permanent & his influence everlasting, he needed to set the trends, and never follow. In order to do that right, the Florida-based rapper knew that he’d have to take every aspect of his career into his own hands, sharpen his skills in every area required, and hold nothing back as he pursued a path to greatness – so that’s exactly what he did. From learning how to make his own incredible beats, to all that he learned in directing videos, to taking on the editing, mixing and mastering of his music, straight on through to surrounding skills in visual arts, modeling, poetry, graffiti, and so much more – anything that Trevor sets his mind to he achieves due to his dedication, commitment, and pure passion for the craft.

Every move he’s made from the beginning has led to this very moment. Officially releasing his debut EP My Way at the end of October of 2022, Trevor instantly set the internet ablaze with scorching hot lineup that confirmed he had the verifiable X-factor, powerful originality and true authenticity unlike any other. Leading the way by example & doing everything completely DIY from the music to the microphone, the production to performances, the official artwork to the videos supporting the record, and everything in between – My Way is a master-class session on what can be accomplished by truly putting in the work. From the highly addictive vibes and single-worthy songs, to the stoic presence of a gifted emcee that’s completely unafraid to say exactly what he wants to say, exactly how he wants to say it – Trevor Joseph set an all-new standard for independent excellence in 2022, and laid down the blueprint for his pathway forward into the future of his career as an artist in the process. Surging to the tops of charts & playlists, and serving up exquisite beats that no one could ever get enough of, My Way is complete confirmation that his natural instincts, gripping songwriting & serious skills on the m-i-c generate guaranteed victory.

Check out the video for “Low-Key” and listen to the full EP below: