DIAMOND IN THE ROUGH: TyCuun – “Success Under Construction” 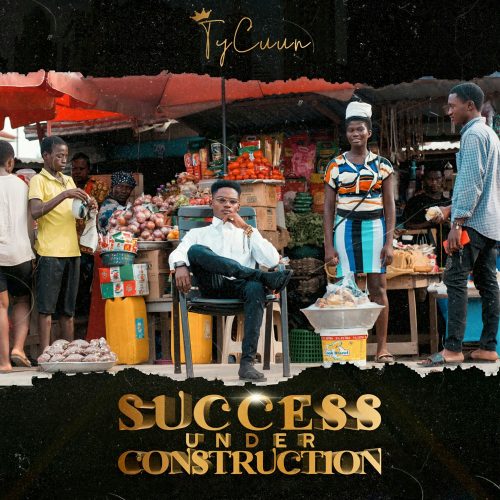 In this new entry in our ‘Diamonds In The Rough’ category, we want to introduce you to upcoming artist TyCuun and his brand new EP titled Success Under Construction.

TyCuun’s music was always going to be outside-the-box, breaking barriers to redefine the limits of Hip-Hop. As a Ghanaian rapper and lyricist, TyCuun started out when he was just 12 years old, and by the time he was a senior in high school, he had already cemented himself as an artist with maturity beyond his years, navigating through his teenage years via verse. He has welcomed the hip-hop influenced fanti rap he is now synonymous with. Hard, educative punchlines bring to life the beat of his tracks. With an aim to thrill with each song, TyCuun’s flair and dynamism has only grown from strength-to-strength.

Success Under Construction chronicles TyCuun’s experiences of facing and overcoming hardship. “The inspiration behind this is to tell people that no matter the struggles of life, people on the streets like me should remember that, there is success under construction.” TyCuun’s overriding message is to encourage people like him that there is light at the end of the tunnel for their hustle. TyCuun effortlessly delivers the daily motivational reminder with Success Under Construction.

From his debut single to now, TyCuun has garnered incredible support, with multiple freestyles going viral and catching the attention of hiplife godfather, Reggie Rockstone, TeePhlow, and a wealth of Radio producers. With his upcoming release, the returns of gigs and festivals, TyCuun’s 2021/22 is set to be big.