DIAMOND IN THE ROUGH: Wrogers – “TV” 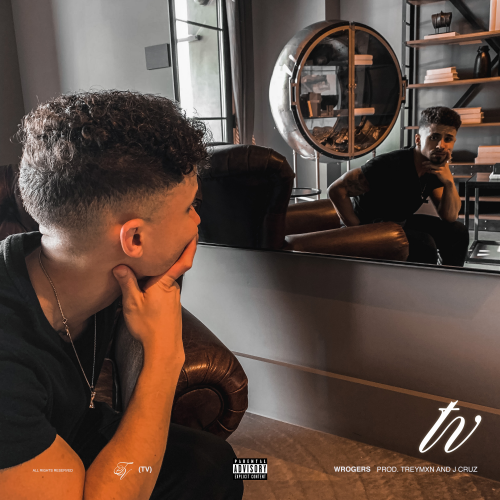 In this new entry in our ‘Diamonds In The Rough’ category, we want to introduce you to upcoming artist Wrogers and his brand new single titled “TV”.

Wrogers (pronounced ‘rogers’) is American Singer/Songwriter hailing from Indianapolis IN.

Wrogers himself is inspired by the genres of R&B and hip-hop, naming some of his favorite artists including: Eminem, Drake, Jay-Z, Lil Wayne, Chris Brown and many more heavy hitters within the last decade of music that made a huge stamp within the industry throughout the entirety of his childhood.

When asked specifically what drew him to these particular artist he mentioned their word play and sense of vulnerability within their music.

This then launched Wrogers to try and emulate some of his favorite artists by making music as his own hobby throughout school and writing and recording his own songs.

His most recent single “Wait No More” produced by Skeyes was released last month which was a show cased Wrogers’s word play and silky-smooth vocals giving us a trapsouly R&B vibe that’s unique.

Why “TV” for your next single?
“I honestly have so much music and ive been holding myself back & not sharing & I’m in my head a lot when it comes to creating but now I’m just going to pull the trigger because there’s no such thing a ‘PERFECT Record’”

Look forward to hearing a lot more Wrogers in the coming months and also topping the year off.

Listen to “TV” below: