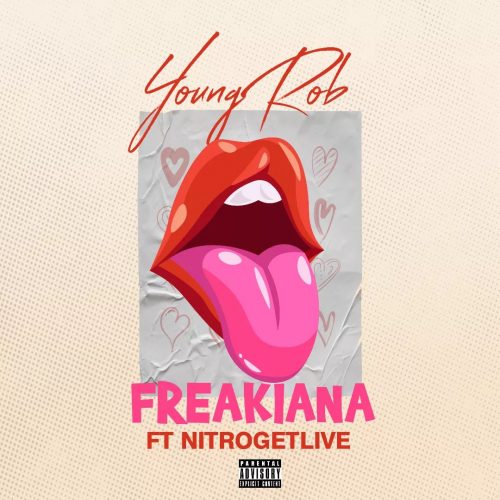 In this new entry in our ‘Diamonds In The Rough’ category, we want to introduce you to upcoming artist Young Rob and his brand new single titled “Freakiana” featuring Nitrogetlive.

“Freakiana” is the first Young Rob single this year and it’s a pure dancefloor banger! An anthem for all the self-proclaimed freaks, “Freakiana” is Young Rob’s gift to party aficionados far and wide. It’s a catchy, uptempo R&B song that projects the London star’s desire for women in poetry that is unapologetically explicit. Young Rob teamed up with NitroGetLive for this fiery new track. NitroGetLive’s hard hitting guest vocals are the perfect assist to Young Rob’s casanova persona that shines bright in ‘Freakiana’, sure to be a summer hit!

“Freakiana” is the perfect song for the Summer! A chill, uptempo production with some cool vibes and a really catchy hook. Go put it in rotation!