DIAMOND IN THE ROUGH: YUPHORIC feat. K.ZIA & Sedric Perry – “Meant To Be” 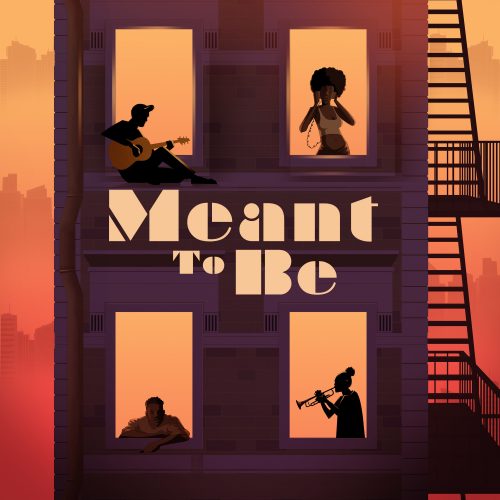 In this new entry in our ‘Diamonds In The Rough’ category, we want to introduce you to upcoming band YUPHORIC and their brand new single titled “Meant To Be” featuring K. ZIA and Sedric.

YUPHORIC – three individuals from three continents who were brought together by their common love of music. Candid and expressive, Sedric Perry traces his soulful sound back to Philadelphia. After living in New York City, he has incorporated that sound into a blend of jazzy, groovy R&B. He now resides in Berlin and makes up one half of FHAT Music, constantly providing innovative and unapologetic soundscapes. As a queer artist, he finds it important to make the message of love and self-acceptance abundantly clear. Featured in Complex, Gay Times, Earmilk and High Snobiety. Yuval Gantz is a guitar player, composer producer from Tel-Aviv. In his musical journey he gathers tools from the worlds of R&B, Hip Hop and Jazz to create a fresh new sound. After residing in Tel-Aviv gathering influences from the local beat making scene and touring with his project Alaska Snack Time, he relocated to Berlin where he takes an active part in the local art scene working with various artists as a session musician and song writer. Phøn (Ron Warburg) is a New York based multi instrumentalist, producer, audio engineer and mixer. In addition to composing and producing music, he has shared the stage as a trumpet player with multiple Grammy award winners an he was a part of the team at the legendary Avatar Studios. Combining the energies of Berlin, New York and Tel Aviv, Sedric, Yuval and Phøn are creating a deeply emotional but yet extremely groovy realm.