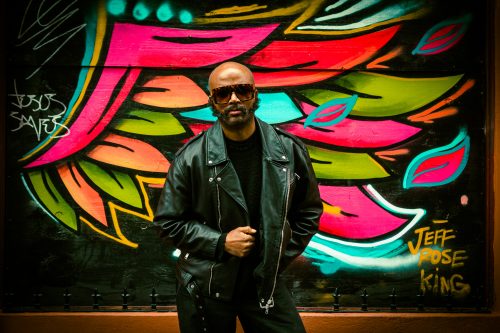 In this new entry in our ‘Diamonds In The Rough’ category, we want to introduce you to upcoming artist Yuzima Philip and his brand new single titled “Disinformation”.

Out today, NYC’s prince of noise Yuzima Philip takes the next step in firing shots at corporations who enable fascism, particularly Kanye West, on his Molotov cocktail of a single the punk-funk of “Disinformation.” Over jutting, guitar stabs, diminished 7th chords, and a chorus that fluctuates between two keys, Yuzima heaves a well-deserved blast of accountability at corporations. He calls out Rollingstone magazine by name in the refrain for playing both sides of the fence when it comes to holding Donald Trump and his chief enabler Kanye West accountable. He even sums it up with “, The motherf*cker is canceled, you tried the bring him back” in the second verse.

“I’ve been attacking the Rollingstone with Tweets to no avail, so I said let me use my talent to slay Goliath. It’s not enough to say you’re just reporting on him; if you’re feeding into his propaganda, you’re complicit, and this song is about you,” says Yuzima.

The song isn’t just about Rollingstone; it’s about a music industry full of opportunism and corruption; artists from Jay-Z to Future have all played a part in whitewashing someone who was (and is) persona-non-grata just a year ago. The song goes from the attack funk of the first verses to an emo middle eight and goes out in a New Orleans style second line which Yuzima has perfected harnessing in his music.