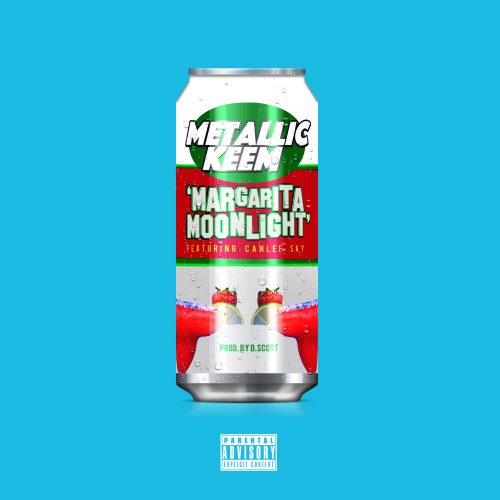 In this new entry in our ‘Diamonds In The Rough’ category, we want to introduce you to Metallic Keem and his latest single titled “Margarita Moonlight” featuring CanleeSky and produced by D. Scott.

A product of Richmond, Virginia, Metallic Keem comes personifying all of the things our world has come to love about music. A hip hop artist with an arsenal of metaphors and experiences to create works of sheer musical genius that he himself has described as his realm of peace and therapy. Having been influenced by the likes of Eminem, Big L and Nas, one can only listen in awe as he seamlessly orchestrates a lyrical symphony with the backing of his awesome production group Hyfin. In combination with all of these talents, his heart remains big as the ocean is deep, always one cracking a smile but never one to back down, hence Metallic. With his latest release, Margarita Moonlight (prod by D.Scott @_iamdscott) making waves and his much acclaimed “Maroon Angel” project backing it up, Metallic Keem is sure to be a reoccurring name in the industry these coming months.