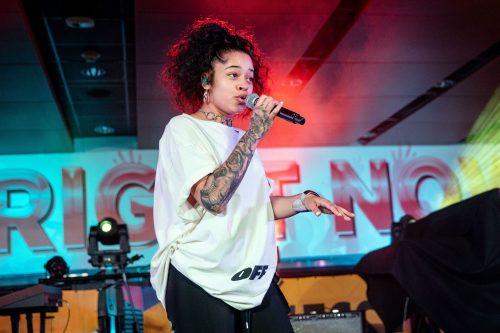 Ella Mai has finally shared some details on her highly-anticipated debut album. She has revealed the title and release date of the project and she gives her fans the first look at the album cover.

UPDATE October 3rd 2018: Ella Mai has revealed the tracklist for the album.

Ella Mai has revealed that her long-awaited debut album will be self-titled and that it is dropping on October 12th. The smash singles “Boo’d Up” and “Trip” will be featured on the project.

Below you can take a look at the artwork: