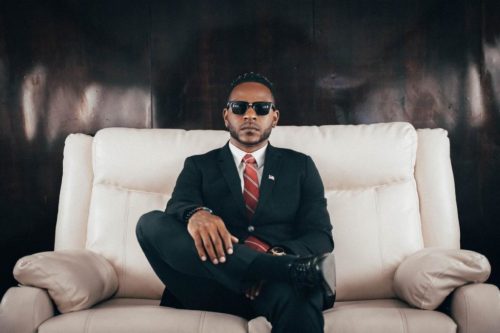 Recently, we had the chance to speak to Eric Bellinger about his amazing, productive musical year. We talked about the multiple projects he dropped this year, COVID-19, writing for other artists and much more.

2020 was a really productive year for you. What inspires you to come up with and put out so much quality songs and projects?

Just my love for the game. A lot of artists take breaks from the studio. Some just make music and get back to life… Then hit the studio when it’s time. Me on the other hand… I’m in the booth 365. I made my hobby my job; always fresh and always ready. Always stacked with heat for myself and others.

2020 is also the year of COVID-19. Is writing and recording music during a pandemic something else?

Writing and recording has been the same, almost better because of my ability to focus on more. But as far as performances… Wow. Much different, lol. I thank God for the Virtual Internet shows and parking lot concerts.

Your most recent project is Eric B for President: Term 3. It’s really special because it’s a visual album. How did you come up with this concept of making a whole movie out of different songs?

Time. With being in isolation for so long. While in quarantine, I had nothing but time to plot, plan, strategize and execute.

I would say we had both simultaneously. Once I had 3 or 4 songs done and I was clear on the direction, it was a lot easier to create, since we knew what we needed.

In 2020, you also put out Hors D’oeuvres. On this unique project, you left a verse open on every song, so fans and upcoming artist could finish ‘em. It became a big hit on social media. Were you overwhelmed by the many submissions you received and are you planning to do something with the best ones?

I was super excited to see so many people participating in the challenge. I like using my platform to showcase and shine the light on new talent. I came in this game with no co-sign so it was really tough not only making it as an established songwriter, but also transitioning into the artistry side of things. I know how important it is to just be seen. I will continue to do things like this to push the culture and new songwriters of our generation.

What people may not know is that you have written music for many big artists like Chris Brown, Usher, Justin Bieber and many more. What song you wrote for an other artist are you most proud of?

I’m proud of ALL of the placements. It’s really tough fighting through all the noise but I work very hard at makin it look ‘Eazy’! However one of my faves has to be “Right Here” by Justin Bieber and Drake!

Did you ever have regrets of given a particular song away that you actually wanted to put out yourself?

Never regrets on giving a song away but I do regret not giving more away. In my early writing career, I would pass on placements because I wanted to keep them for myself. But as I got older I realized God gift me the gift to do it again. I am Eric Bellinger. The one the Lord chose. That’s more bread I could have had.

If we have to choose, “Organic” is our favorite song that you put out this year. On which of your 2020 releases are you most proud and why?

I would definitely say Eric B for President: Term 3 was my favorite album of the year. No features. Just me. Singing R&B music. Telling the back story of me meeting, falling for and establishing the love between me and my 1st Lady. “Organic” is one of my favorite songs I’ve ever released.

We love to ask the following questions to all artists we interview: which artist or person was your biggest inspiration to start making music and with which artists you would love the work in the future?

I would say Usher was one of my biggest inspirations from the beginning of my career. I’ve always looked up to him; from the voice to the moves to his stage presence and his overall cool demeanor. Usher is the GOAT! To be able to have worked with him and gained such a close relationship with him is a blessing. In the future, I need to work with Beyoncé and Kendrick Lamar! No particular order, lol.

HITS, HITS and MORE HITS! As well of the launch of our first artists on YFS, the record label. We’ve signed 5 artists so far and I couldn’t be more excited to help change some people’s lives! You will also see more acting, more fashion design and hopefully…. A TOUR! Wishful thinking.