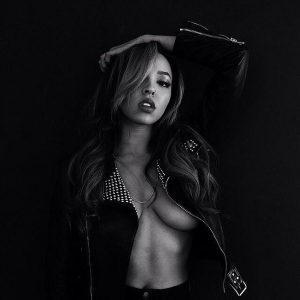 On March 6th 2015 , Tinashe was in Amsterdam to give a show at Paradiso Noord as part of her ‘Aquarius’ world tour. In the afternoon before the show, we from Fresh: Hip-Hop & R&B were able to interview the R&B superstar, while she was enjoying a fresh pizza backstage.

Is this your first time in Amsterdam? Do you like the city?

No, it’s my second time here. I was here already in August last year and I loved it. The city is awesome. It’s colder this time. It’s almost freezing right now! We went to ‘The Red Light District’ and to some coffee shops. We had to. It was fun, I guess, haha.

Could you tell us something about your story? Have you always wanted to be a singer? 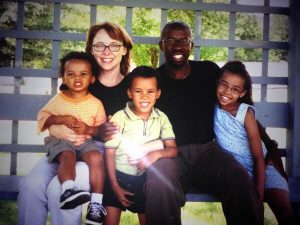 Before you went solo, you were part of the girl group The Stunners. Do you prefer to work as a solo artist or to be part of a group? Why?

When you are a part of a group, there is definitely a lot more partnership. Otherwise, there’s less work you have to do. Other people are answering questions and all that stuff. However, it’s a lot more fulfilling to be a solo artist. Because it’s coming from you, it’s your music and it’s your point of view. You can make the creative decisions. When I was in a group, I couldn’t even decide what I clothes I wore. 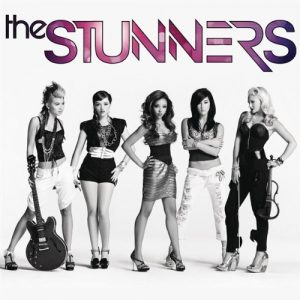 How did your life change after the success of the single “2 On” and the release of your debut album Aquarius?

A lot. Just like day to day things changed. I used to go to places without getting bothered, but now people recognize me and want to take pictures. That’s different. I’m also traveling and performing a lot more. I have 5 to 6 shows a week right now, which used to be 5 to 6 shows a year. People also start to treat you different. They start to bring you pizza and stuff, haha.

You have already collaborated with some big names like A$AP Rocky, Future, Kid Ink and Ty Dolla $ign. What is your favourite collaboration so far?

My collaboration with Schoolboy Q is my favorite. Honestly, he’s just really nice and down to earth off the record. He’s a celebrity and a really big star.

With which artists would you like to collaborate in the future?

I would love to work with André 3000, that would be crazy. Collaborating with Emily Haines and Little Dragon would also be awesome. They are different and have an own style. They are on top of my list right now.

Recently, you premiered the amazing self-directed video for “Bated Breath”. How did you come with the concept of the video?

Are you already working on your second album? What is it going to sound like: like Aquarius, or way different?

Yes, but I have no idea yet. The style will not dramatically change or anything. I’m still in the early stages of the project. So who knows where it goes. You never know.

What’s your ultimate goal in life, aside from music? (Instagram: @music_n_munchys)

Music is pretty much number one. Also my goal is to get married and have kids in the future. But for now, the music is obviously number one.

You have often been compared to Aaliyah. What are your thoughts about that? (Instagram: @fasaztic)

It’s a huge compliment to be compared to anyone who people respect musically. I think she’s an incredible artist. But I want to be known as myself. Anyway, I understand why people compare me to her.

What advice do you have for people who also want to become successful in the music industry? (Instagram: @king_isaac2000)

Make good music, that’s obvious, but I mean like a lot of people want to be successful in music, but don’t know how to make their own music. But it’s possible, especially with the technology these days. You can figure out how to record music and make it sound pretty good. Go to YouTube, watch some tutorials, mess around, download some programs and figure it out. Go out there and make the music you want, in your own style. This is how I do it.