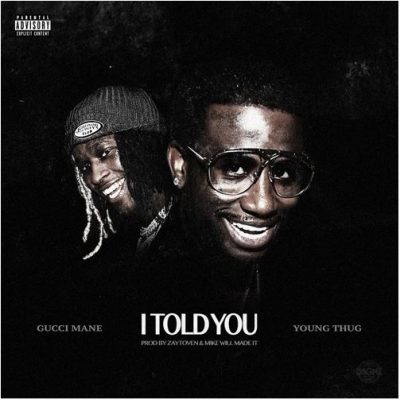 Gucci Mane and Young Thug join forces for a brand new record called “I Told You”. The banger is produced by Mike WiLL Made It and Zaytoven. Gucci will release The Return Of East Atlanta Santa – his third album of the year – on December 16th.

Listen to “I Told You” below: