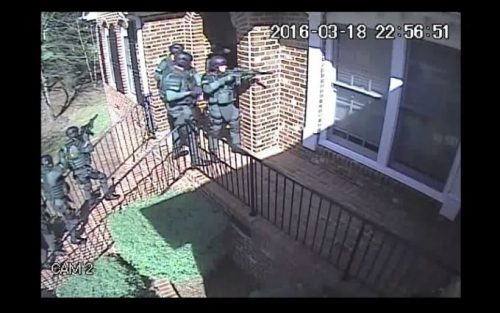 J. Cole has released a music video for his 4 Your Eyez Only song “Neighbors”. The visual contains footage of a SWAT team raiding his studio in North Carolina after one of Cole’s neighbors told the police that they were illegally growing weed and selling drugs out of the house.