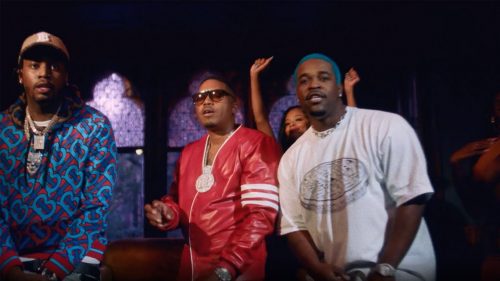 Nas has dropped off the official video for his single “Spicy” featuring Fivio Foreign and A$AP Ferg.

Set in New York City, Nas links up with his cross-borough brothers Fivio Foreign and A$AP Ferg for this anthemic single. Boasting special appearances from the likes of AZ & Cormega, to Jungle and a host of other familiar faces, “Spicy” puts on for the city on a legendary scale!

This song is taken from his King’s Disease album.