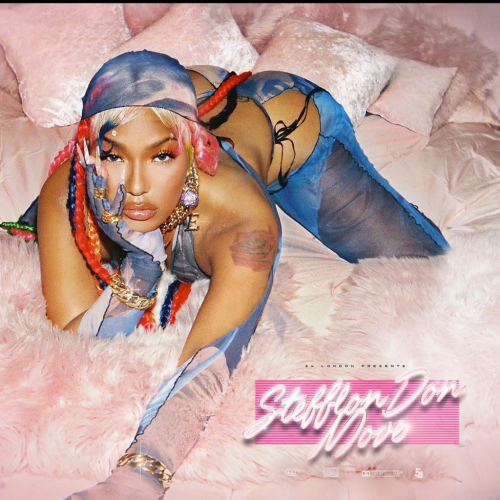 Stefflon Don has returned with a brand new single titled “Move”. It comes with an accompanying video.

“Move is inspired by the old me, the Steff that the world was first introduced to,” says Stefflon Don. “I felt like it was needed to come back with something hype, feisty and rooted.”
Stefflon Don rose to widespread fame as her debut single “Hurtin Me (featuring French Montana)” earned a colossal 2.3 billion streams and 444 million views. To date, Stefflon Don can boast 5.78 Billion streams. Her list of collaborators includes Future, Lil Kim, Skepta, Mariah Carey, Sean Paul, Skepta and Charli XCX.
With musical influences pulled from the Caribbean and Africa, the Jamaican-born artist’s ascent has been stroboscopic since being recognized by BBC’s Sound of 2017. Since then, the multi-lingual, multi-cultural Stefflon Don was the first British female rapper ever to be featured in Rap Caviar and the XXL Freshman cover, won Best Female at the MOBO Awards and also Best New Artist at the NME Awards (where she appeared on the final cover of the print edition)