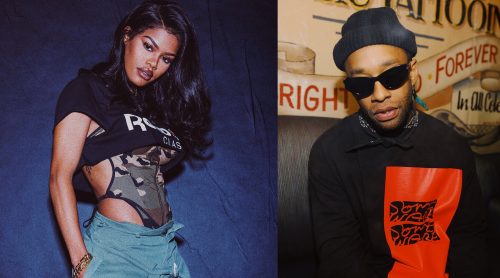 Just a few weeks after releasing her new album K.T.S.E., Teyana Taylor has already announced that she has more new music on the way. The L.A. based singer has revealed that she is recording a full joint album with Ty Dolla $ign.

In response to a fan who said she loves Teyana and Ty’s latest collaboration “3 Way”, Teyana wrote that she and Ty Dolla $ign are working on an album together.

Ty Dolla $ign seems very busy at the moment as he is also having a joint album with Jeremih (MihTy) on the way. Besides that, he has also contributed to many major albums this year, including Kanye West’s Ye, Jay-Z and Beyoncé’s Everything is Love and Drake’s Scorpion.