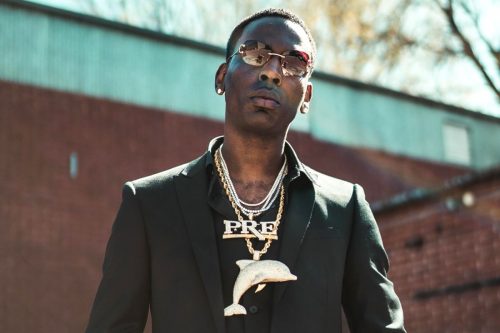 Young Dolph is rumored to have been shot and killed in Memphis.

According to Jeremy Pierre of Fox 13 Memphis, Young Dolph is rumored to have gotten shot outside of Makeda’s Cookies in Memphis.

The Memphis Police Department is presently investigating the shooting. One male victim was pronounced dead on the scene. The victim has not been identified, but the PD reports that they will reveal the victim’s name after the next of kin notification has been completed.

Some sources have reported that Young Dolph is the victim. He was only 36 years old.

On the scene of a shooting on Airways. I’m hearing Memphis rapper Young Dolph may be a victim in the shooting. Shooting happened at Makeda’s Cookies. pic.twitter.com/Dw1nTcKV3C