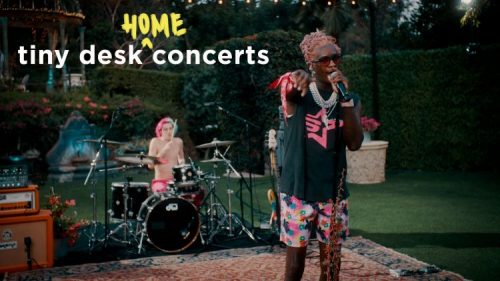 During his NPR Tiny Desk concert, Young Thug announced the title of his new studio album. The rapper has also revealed the release date of the project.

The album will be titled PUNK and will hit stores on October 15th. The rapper also debuts four new songs during the session.